Rangers to the Rescue 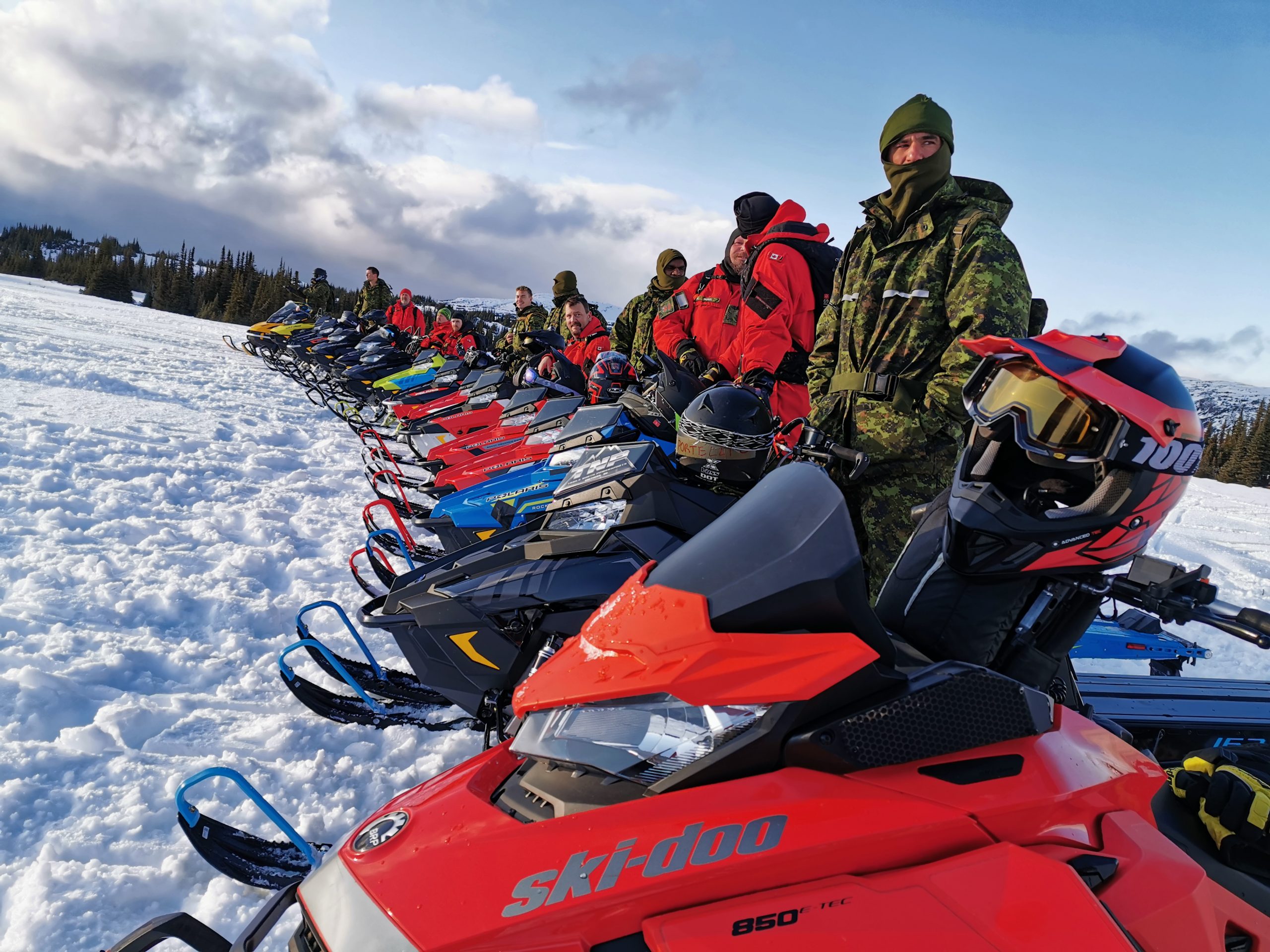 Rangers to the Rescue

In early March our 4th Canadian Ranger Patrol Group, Light Over Snow Vehicle Training Team instructed a successful five-day snowmobile training course with candidates from the Canadian Armed Forces in our usual location of Smithers, BC. Shortly after completion of the course, I received word that we had been granted an additional course of work and were heading on the road to test our mountain leadership skills in an unfamiliar area. Sicamous was chosen as the training location because of the town’s close proximity to a number of spectacular riding zones.

We pushed the course attendees to their mental and physical limits on day two with an eleven-hour ride running into the evening. The day was gorgeous and as we toured the zone awaiting sunset, many candidates forgot to refuel and hydrate in preparation for the journey back. It is no pretty sight when people crash from lack of food and water in the backcountry; instantly even simple movements seem difficult, nothing can go right and snowmobiles often end up crashing shortly after their drivers do. The trick is to be proactive and realize the necessity for food or water before your tank is empty. Even a seasoned backcountry snowmobiler will experience the mayhem and turmoil that can arise when a miscalculation of rations turns the tables on a perfect day in the mountains.

Day three was a fresh new day with the candidates looking and feeling at home on their snowmobiles. A surprise storm softened the snowpack making maneuvering easier, allowing the men to explore the technique they had learned on the first two days. Softer snow is more forgiving than hard packed snow and it will take less energy to hold a line or keep your snowmobile ‘on edge’. During or after a storm the snowpack is often unstable, metamorphosing from the changes in weather, combined with the new layer of snow added to the surface. When we instruct a course, our team remains in ‘simple terrain’, as rated by the Avalanche Canada, avalanche terrain exposure scale, which reduces our exposure to hazards and decreases the risks associated with backcountry snowmobiling.

We broke into team and set off to explore the Blue Lake riding area. When my group reached the lake, we were approached by a recreational rider with a broken sled. His drive shaft snapped in half and the track would no longer move. A member of his riding group noticed that we brought a snowmobile cargo-sled to the cabin and requested assistance. All true snowmobilers know that there are few things more fulfilling than teaming up on a breakdown and helping a stranded rider get his iron back to the truck. The journey from the lake to the cabin was complicated with one particularly steep hill; no problem for Canadian Ranger Dustin Harvey and his trusty stead. After loading the skimmer and reversing the skies on the snowmobile for easier towing Dustin was off. The rescue mission took less than an hour and we even assisted another stranded rider on the trail down.

Although this day was not the most memorable because of the riding conditions or full of incredible progression like day four and five, it was the most meaningful. The candidates experienced the importance of helping others in the backcountry. Building a strong and supportive snowmobiling riding community, helping others and sharing the mountains is what will show other land user groups that snowmobilers deserve a piece of the backcountry too.