Adaptability in the Avalanche Industry 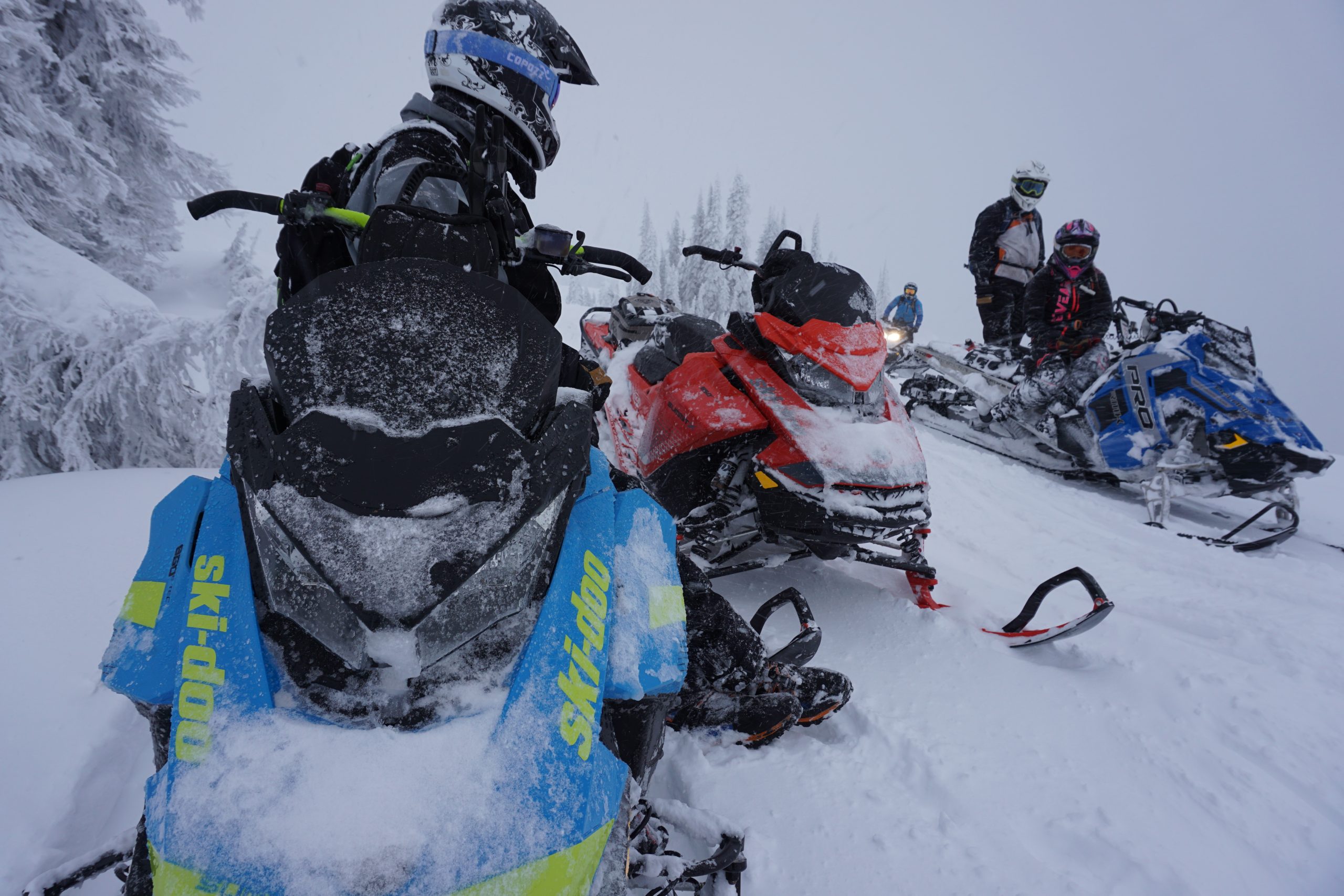 Adaptability in the Avalanche Industry

Published in The Avalanche Review Dec 2020

Snowmobiles add greater travel distances, speed, and higher impact potentials for backcountry users in an already risky backcountry environment. Snowmobile use is increasing in the mountainous, North American backcountry. Ski or snowboard-based avalanche practitioners who adopt snowmobiles as efficient operational transportation are without a standard for snowmobile training and often have little experience or mentorship in the sport of snowmobiling. An unclear scope of expertise around snowmobile use in the avalanche industry is a risk to public safety. Simultaneously, backcountry practitioners are assuming a duty of care for clients and leading them through the backcountry on snowmobiles without an industry training standard. Integration between ski or snowboard-based and snowmobile-based avalanche practitioners would enrich each group with a more diverse perspective of backcountry safety.

Although the growth rate of snowmobiling is high, snowmobile-based practitioner enrollment in professional avalanche training is low, making it difficult for avalanche training providers to offer regular snowmobile-based courses. The Canadian Avalanche Association (CAA) has certified only six snowmobile-based practitioners in their Avalanche Operations Industry Training Program Level 2 (delivered on snowmobiles) in the past 7+ years, while the American Institute for Avalanche Research and Education (AIARE) has only ever certified five candidates in the American Pro 2 Motorized course (as of Oct 2020). In the summer of 2020 I connected with a diverse group of eight professional level avalanche educators from Canada and the United States to be involved with a research project to promote diversity through inclusion in the avalanche industry.

With an action-oriented process, my goal was to inspire a community dedicated to supporting snowmobile-based practitioners through the professional avalanche education pathway. I just completed the CAA Level 2 industry training program on a snowmobile. My awareness of the challenges for advancement to an outsider of mainstream avalanche culture informed the design of this research.

Appreciating the need for more snowmobile voices contributing to avalanche educational content, AIARE enthusiastically joined as partner organization for this research. AIARE develops research based professional and recreational avalanche training for backcountry users in the United States, South America and Europe. AIARE was formed to advance standardization for avalanche training in America (Personal Communication Steve Conger June 25, 2020). Utilizing existing national and international standards from the American Avalanche Association and the CAA, AIARE follows a consensus-driven process to produce an avalanche education program and training courses that meet the needs of trainers and course participants.

AIARE was formed from a chance meeting between Karl Klassen, a prominent avalanche practitioner within the Canadian Avalanche industry who designed Canadian avalanche curriculum and AIARE’s cofounder Jean Pavillard, in 1992. This relationship contributed to a united approach to curriculum design for AIARE’s avalanche training programs. The design of this research project will follow the same foundation of integration, collaboration, and inclusion that AIARE was established on.

The first stage informed a second phase of data collection, where eighteen diverse snowmobile-based guides, avalanche educators, industry workers, and professional athletes met in a virtual meeting space and discussed how to support up-and-coming snowmobile-based professionals in an industry standard of avalanche training. The most common topic that arose was the inability for snowmobile-based practitioners to obtain mentorship from a highly experienced avalanche practitioner who is a good enough rider to move through complex terrain efficiently. As snowmobiles are increasingly recognized for the vast efficiencies they bring to backcountry travel, snowmobile mobility experts are being told that they should learn to ski in order to obtain the social collateral required to qualify for further professional avalanche training.

Siegel (2017) described integration as “the honoring of differences and the cultivation of compassionate linkages” (p. 286). Relationship building and knowledge sharing between ski or snowboard-based and snowmobile-based practitioners has inspired a common purpose for a snowmobile avalanche safety community to emerge and we have introduced a communication network to support this. The differentiated elements of snowmobile-based and ski or snowboard-based avalanche practitioners will behave collectively as a healthy complex system capable of self-organization and adaptation, if they have integration and maintain independent identities (Siegel, 2017). The unique identities of these differentiated groups will create stability in the groundlessness of transformational change promoting novel innovative results, disintegrating the cultural rigidity that comes with a tight mono-culture of sameness (Varela, Thompson & Rosck, 2016).

Transformational social change is change that fundamentally shifts a person or group’s beliefs. The current global Coronavirus health crisis has normalized transformational change, which has set the stage for a safety evolution within snowmobile culture. The wisdom exchanged between these differentiated groups will enrich the other with valuable safety practices towards a more professional and diverse avalanche industry adapting to increased snowmobile use and whatever else the future holds.

A movement of action has already sparked from this engaged group and the momentum is magnifying areas where a snowmobile avalanche safety culture had already sprouted. Recently there was a snowmobile-based practitioner panel at the Virtual Snow Science Workshop which opened awareness around diverse perspectives on backcountry safety. If you are interested in promoting diversity in the avalanche industry and supporting the integration of snowmobile-based practitioners with avalanche communities please contact me to get connected with our growing international network (alex@canadabackcountry.ca).

American Institute for Avalanche Research and Education (2020). About AIARE. Retrieved from https://avtraining.org/about-aiare/